Who Stole Our Oceans

The Green Connection's Who Stole Our Oceans campaign, aims to oppose oil and gas exploration of the South African coast. We want to protect the ocean for our future. 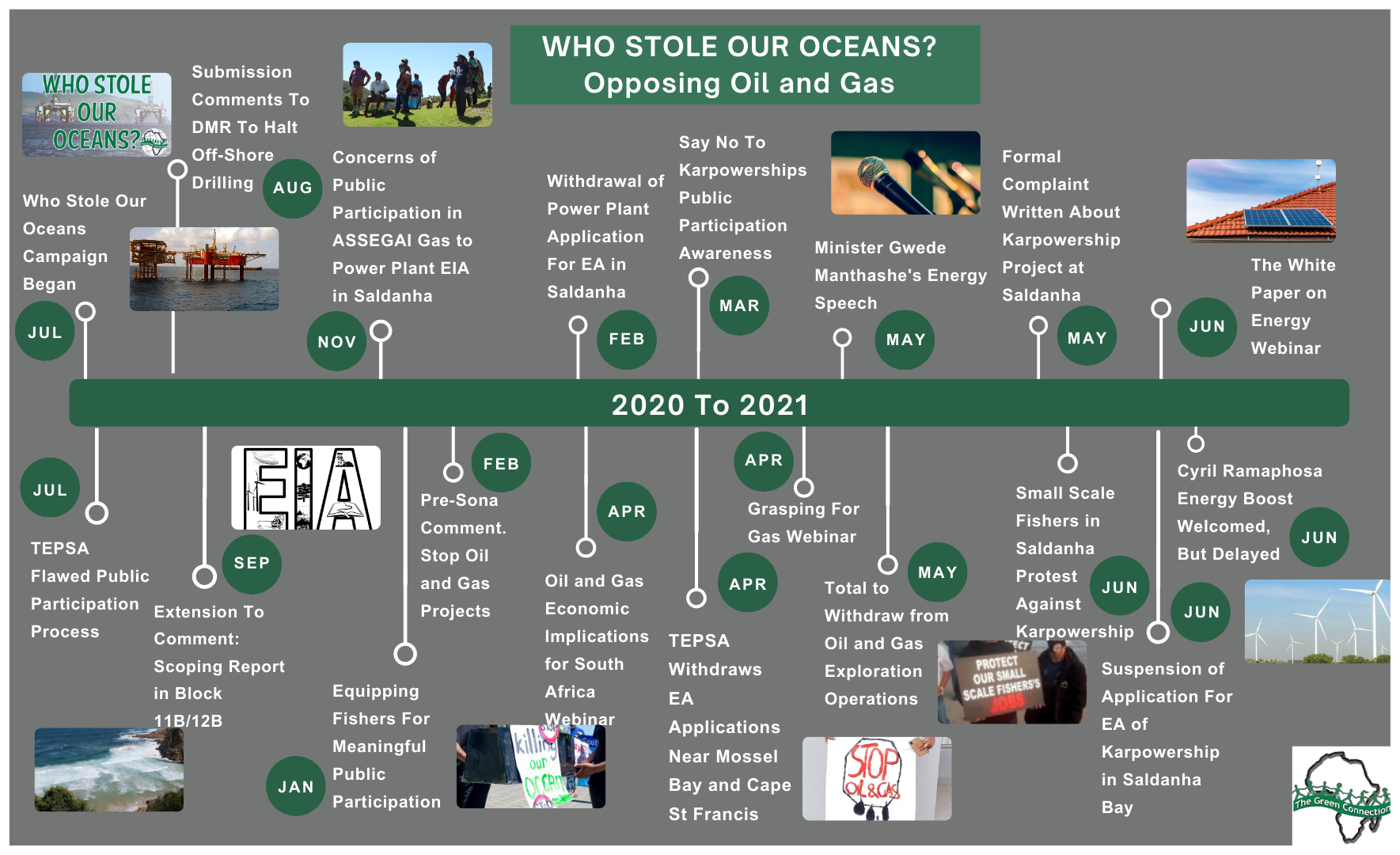 For more information about our journey to opposing oil and gas exploration, click HERE. 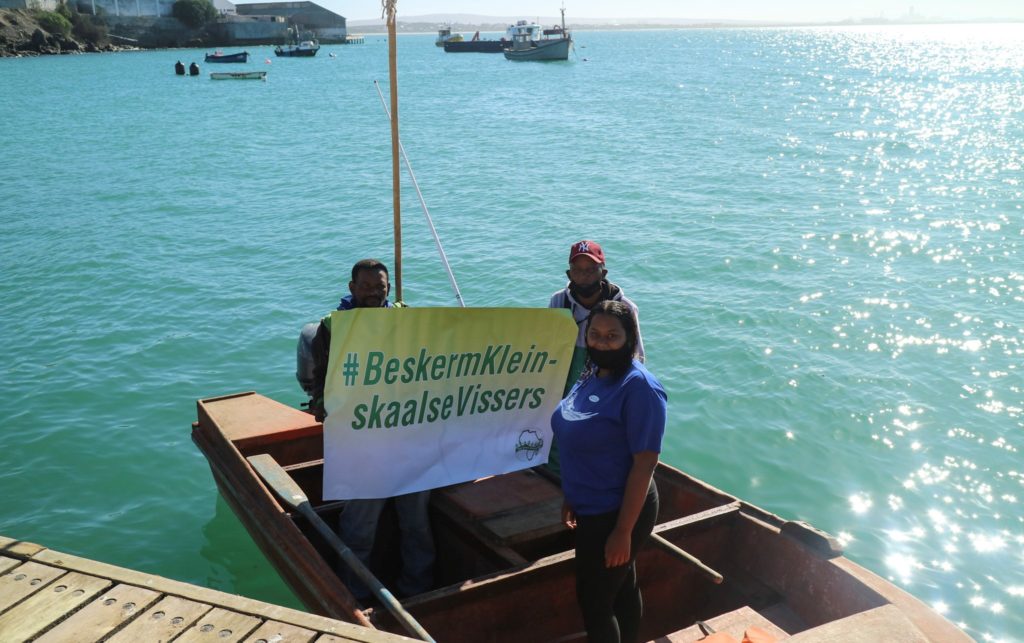 Coastal Community Members of Graaff-Reinet and Langebaan Share Their Thoughts About Calling on banks to NOT fund Karpowerships. 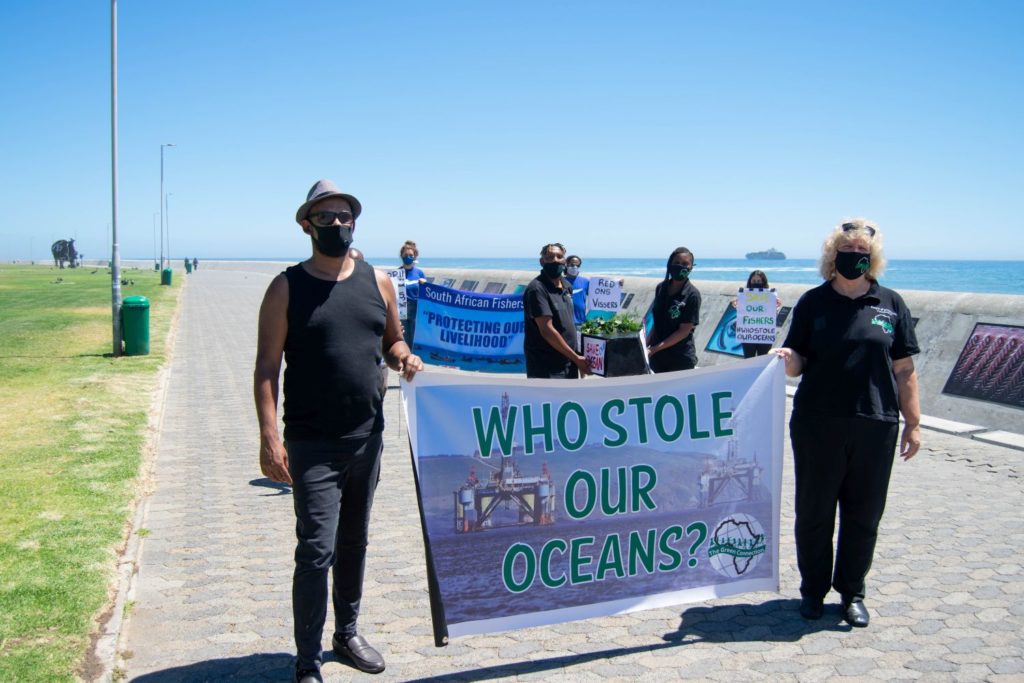 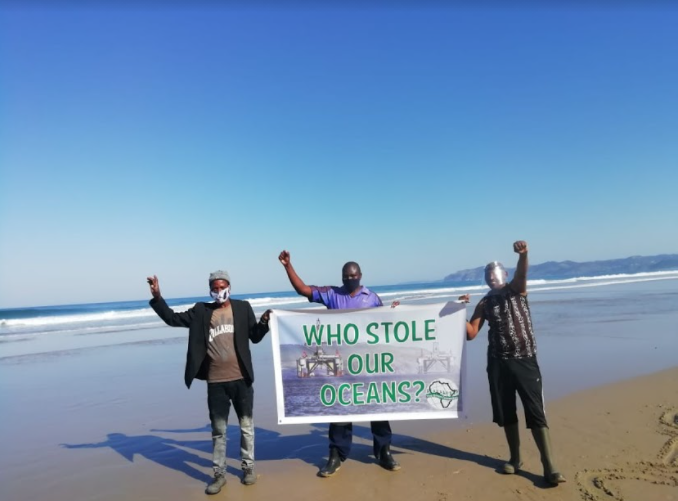 World Oceans Day was celebrated by conducting a beach clean up

Community Action Against Oil and Gas

Tosaco EIA Met with Pushback from Civil Society, to Protect the Ocean and Small-Scale Fisher Livelihoods

Coastal Community Members of Graaff-Reinet, Knysna and Langebaan Share Their Thoughts About Calling on the Banks to NOT Fund Karpowerships

Karpowerships Should Not Be Part of South Africa’s Future. The Green Connection Responds to Minister Mantashe’s Budget Speech

On Monday 31st May, The Green Connection lodged a formal complaint with the Department of Forestry and Fisheries and Environmental Affairs regarding the karpowership project at Saldanha Bay.

Karpowerships are No Turkish Delight

Karpowerships Should Not be Part of South African Solution 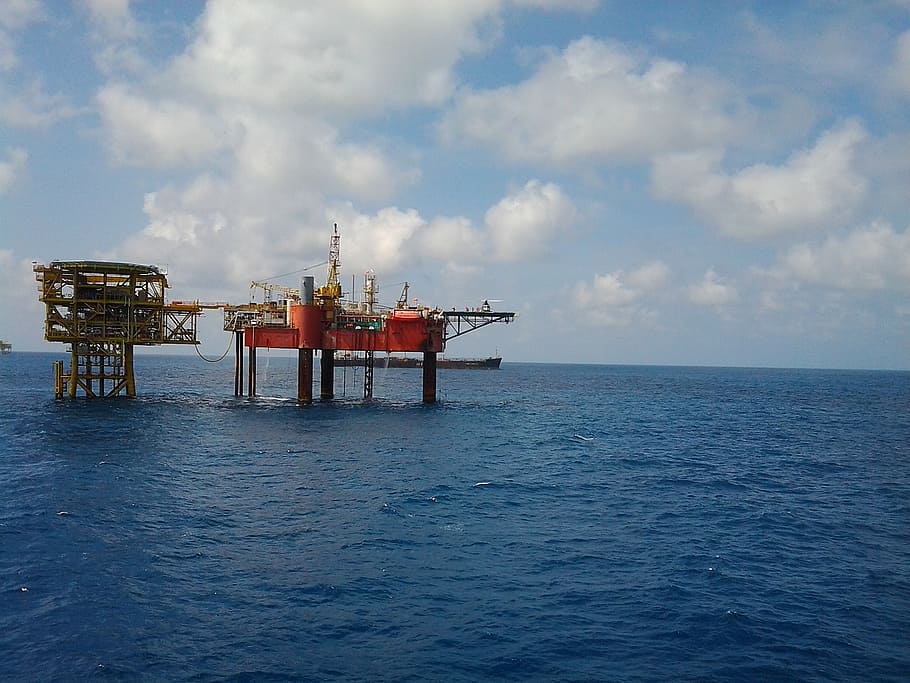 Who Stole Our Oceans?

The history of oil extraction in Africa is one of greed, complicity, destruction of livelihoods and natural habitats, and human rights violations. This is perfectly illustrated by the Nigerian military government’s targeting of the Ogoni people, who were protesting the devastating environmental degradation caused by the Shell Petroleum Company’s oil pollution.

It is necessary for South Africans to act quickly, as there is a small window of opportunity to prevent a fossil fuel exploitation explosion in our ocean. By extending our fight for climate justice to opposing deep-sea oil and gas exploitation, we will serve the country, and the African continent as a whole, whilst we acknowledge the courageous fight of the Ogoni people and build on Ken Saro-Wiwa’s legacy.

It is within this context that the project aims to empower local ocean-dependent communities, ensuring fisher livelihoods, and their tools and knowledge are sustained, and communities are able to engage with decision-makers for the protection of our oceans for all, for ever.

This campaign will build on existing networks of small scale fishers and other coastal and ocean communities, as well as engaging with those civil society organizations working on climate change and the energy sector. 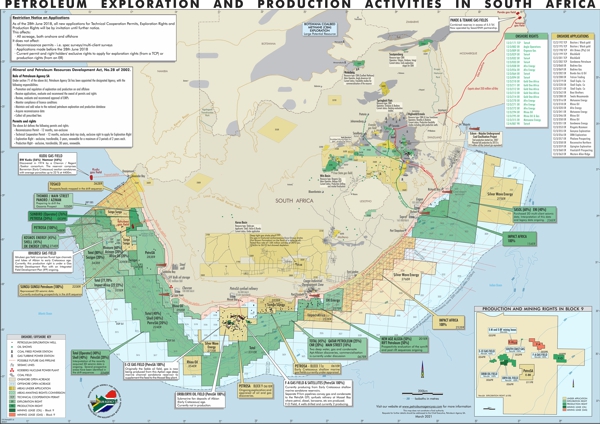 The Context for the Campaign

Climate change is widely acknowledged as the biggest threat to life as we know it on this planet, posing an enormous threat to global health[1] and food security[2], sustainable development and poverty eradication. The climate crisis has exacerbated the impact of our interference with complex marine biodiversity systems, disruption of marine food webs, and overexploitation by the world’s commercial fisheries, consequences of our disregard for having insufficient marine protection. The Intergovernmental Panel on Climate Change (IPCC) Special Report on the Ocean and Cryosphere[3] of September 2019 claims with virtual certainty that “the global ocean has warmed unabated since 1970 and has taken up more than 90% of the excess heat in the climate system”… and asserts that “since 1993, the rate of ocean warming has more than doubled”. Additionally, “by absorbing more CO2, the ocean has undergone increasing surface acidification”.

Projected decreases in fish catch potential with climate change, the report states, could elevate the risk of impacts on income, livelihoods and food security for the dependent fishery communities, increasing the potential for conflict, exacerbated through competing resource exploitation from international actors and poorly suited policies. The report highlights the need for governments to urgently scale up and accelerate efforts to address the climate emergency and protect the world’s oceans.

South Africa contributes 1.26% of global carbon emissions to global climate change.[4] This amount may appear small, yet the figure in terms of per capita is 8.2%, comparing unfavourably to a European Union figure of 7% – and it was ranked at number 14 of the world’s top 20 carbon emitters in 2016, above Australia and the UK[5]. Its energy supply is presently carbon-intensive, with about 77% of its energy needs met by coal, and it is the 4th largest coal exporter in the world.[6]

The country’s response, through the National Climate Change Response White Paper (NCCRWP) (DEA, 2011) and its National Development Plan (NDP) (NPC 2011), has been to present a vision to deal effectively with climate change, which addresses the immediate and observed threats to the country’s society, economy and environment, and seeks to transition to a climate resilient society and lower carbon economy. Additionally, South Africa in 2016 ratified the Paris Agreement on Climate Change.

Yet, despite this – and its acknowledgement of the need to move away from fossil fuels – the government has embarked on Operation Phakisa, a plan to achieve rapid economic transformation including through offshore oil and gas drilling. In order to secure “resources of approximately nine billion barrels of oil”,[7] Phakisa aims to drill 30 exploration wells over the next decade. An offshore oil and gas ‘lab report’ was developed in 2014, following a consultative process that excluded many community-based organisations (CBOs)[8]. As part of the oil and gas industrialisation process, this programme would also include the development of an on-shore infrastructure. So, rather than meet its energy needs through building clean, solar and wind infrastructure on land – technology that is readily available – the South African government is seeking to support the exploitation of climate-damaging hydrocarbons in difficult deep sea conditions.

The great majority of South Africa’s exclusive economic zone (EEZ) has already been divided into oil and gas exploration blocks[9], licensed to various international and local oil majors, leaving scant room for additional MPAs. In recent years, multi-client seismic surveys have been conducted in a number of the blocks, and Italian oil company ENI and South Africa’s state owned SASOL obtained authorisation to drill up to four ultra-deep sea exploratory wells in Block E236 off the East coast of South Africa – which authorisation is the subject of an Environmental Impact Assessment (EIA) appeal by WildOceans (and others). In 2019, a significant discovery of oil and gas condensate was reported by French oil giant Total in the Outeniqua Basin (Brulpadda – Block 11B/12B)[10].  Unfortunately, oil and gas extraction is viewed by the current South African government as a potential economic ‘game changer’, driven and supported by the Department of Mineral Resources under Minister Gwede Mantashe – who has previously disregarded community sentiment in favour of mining interests[11]. This amounts to the privatisation of a public good.

The introduction of pre-drilling seismic surveys poses a further threat to South Africa’s small fishers and an already compromised ecosystem. The documentary entitled ‘Becoming Visible’ https://becomingvisible.africa/, by filmmaker and artist Janet Solomon, explores the consequences of seismic surveys to South African marine life, and questions the consumptive economics of the government’s environmental policy. Wider evidence suggests the extremely loud noise, every few seconds, for potentially months, causes disorientation to whales, disrupting their migratory patterns, and results in beachings. The Namibia government is concerned that seismic surveys off the coast disrupt the migratory routes of tuna fish, which have led to a considerable decline in catches[12]. As the Trump administration in the USA encourages seismic testing, scientists argue that “the extreme disruption caused by airguns can harm a wide range of aquatic life, including sea turtles, fish and zooplankton, a critical foundational plank of the ocean food web”[13].

In addition to the adverse consequences of releasing yet more hydrocarbon resources, there is a risk of accidents during drilling operations. These include: unexpected blowouts of liquid and gaseous hydrocarbons; tanker transport accidents; rupture of underwater storage tanks; and damage to underwater pipelines, with resultant oil spills and toxic drilling fluid leaks that have chronic impacts on the marine environment. Socio-economic risk assessment and feasibility assessment are lacking in these mega-projects, despite the socio-economic costs and threat to vulnerable communities and sustainable livelihoods of potential catastrophic oil spill incidents. In addition, oil response and emergency plans have not been fully developed for these prospective programmes. Ecological disasters such as the Deepwater Horizon catastrophe, and the Kuwait oil spill during the Gulf War, highlight the imperative for effective emergency response management.

In water with fast flowing currents, such as off the south coast (the deep sea Brulpadda block in particular, an area of 19,000 km², some 275km south of Mossel Bay), the impact of an oil spill would have devastating consequences for the coastal communities who rely on the sea for their livelihoods. This sector, of local communities, includes fishers who are self-employed and provide fish for direct consumption to their households and communities. It includes women as significant participants, particularly in post-harvest and processing. These small-scale fisheries, disadvantaged under apartheid, remain marginalised, despite 25 years of democracy, and some have only recently received some of the rights they are due.

The potential exponential growth of an offshore oil and gas industry and associated onshore infrastructure (including gas facilities and oil refineries) also poses a threat to typically poor and historically disadvantaged communities, living near or adjacent to the industrial areas. Infrastructure to bring the oil and gas onto the land – roads, rail, pipelines and drilling-related facilities – intersects with coastal areas in ways that severely undermine small-scale fishing activities.

Rather than allowing our ocean to be stolen in this way, ignoring climate science and the availability of vast ‘reserves’ of sunshine and wind for renewable energy, we believe that our ocean should be protected, rather than the current system of dividing and selling off portions of our ocean to the highest bidders. We cannot continue to disregard the complexity of the ocean ecosystem and the human community that relies on the ocean for livelihoods, and has done so for generations.