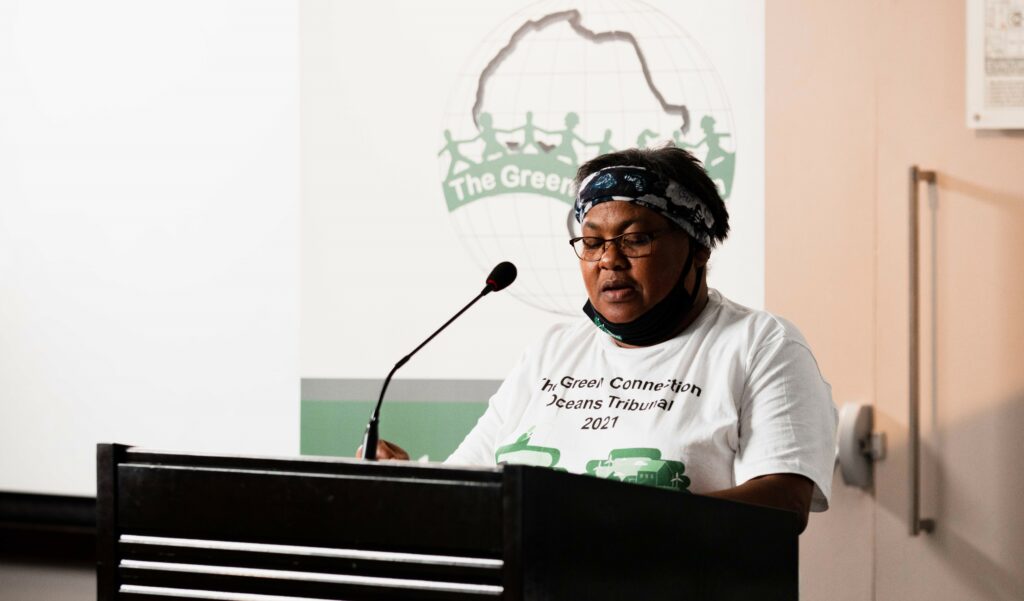 Fishers and Caracals – the Voices of the Vulnerable

Today I was scrolling through my Facebook feed, as one does when procrastinating, when I came across a picture that stopped my scrolling dead in its tracks. It was a picture of a lifeless caracal kitten lying curled up on a road. It had been run over whilst its mom was trying to help it and its siblings cross a busy road in Cape Town. The author of the post mentioned that a speeding truck driver had run it over. The post mentions that the driver had not even reduced his speed when warned by pedestrians and motorists in advance about the kittens.

This got me thinking of how it feels when someone with more power than you decides to bulldoze over you or/and your needs and wants. But power doesn’t only come in the form of authority, or more education, or more money, or greater strength (e.g., a bigger lorry). Power can take the form of someone or some organisation having control over one’s livelihood. And this sort of power is the most dangerous. An abuse of this sort of power is very serious.

As Spiderman says, with great power, comes great responsibility. This means that those decision-makers who have the power should do what is best for everyone, and this starts by listening to the people who put you into power. The truck-driver didn’t listen to the pleas of warning from the interested and affected bystanders. He even ignored the fearful eyes of the voiceless caracal. Sadly, from what we are seeing, this is how we do things here in South Africa. Let us consider for a moment that government is the truck and the driver, while the people are the unheeded bystanders and the voiceless caracal.

A similar scenario is happening right now, with the oceans and those who depend on it. In this case, the story is that of a mother and grandmother from Saldanha Bay who depends on the ocean for her livelihood (for her family and her community). This is a woman with a very brave heart, who asked the people in control of our seas, to hear her voice. Camelita Mostert stood up and said her piece at our Oceans Tribunal – which was aimed at providing a platform for coastal communities’ and small-scale fishers’ voices in the decisions about offshore oil and gas development in South Africa.

Mostert told those who were listening, “The government has no idea how the ocean works. We have informed the government so many times about how the ocean works and how much we depend on it for our survival. Yet, they do not listen and continue to threaten our environment, our well-being, our health, and our delicate ocean ecosystem. If we cannot fish anymore who will pay for our food or pay our bills? Who will pay for our children’s school books and school fees? And providing any opportunities for tertiary education will be even more unattainable.”

The Oceans Tribunal also heard from Vuyiseka Mani, from Gqebera, where the one of the Karpowerships might be parked, if the Department of Mineral Resources and Energy gets its way. Mani told of her community and how generations have been fishermen. She spoke of the difficulty of finding work without education and emphasized that even with education finding jobs was difficult. She said that oil and gas jobs are not available to the communities, due to the level and type of skills required.  She made a heartfelt appeal “Mr. President, please listen. Please consult us before taking any decisions that affect our livelihoods and our environmental rights.”

What is left when you have no money, or higher education to build on, or when you have no job? The Earth and her resources. So many people, in this apartheid-wasted country, need and should be able to rely on the Earth’s bounty. They also need to know that somebody is not going to take away what little support they have left. When all else is gone, the ocean and her fish, her mussels, her crayfish and other delicious nutrition are what’s left to rely on.

The fishers of South Africa face a double whammy – government wants to allow offshore drilling for oil and gas in their grocery cupboard, messing with their sustenance (not only for food for the body but also for the soul). Offshore drilling not only poses short-term harm (pollution and disaster risk), but also seals in the long-term damage to the oceans under fossil-fuel-driven climate change impacts.  It is time to hear and care about the voices of the vulnerable. Caracal don’t roar – and they shouldn’t have to. Simply because they are part of our environment, they should be recognized. The fishers of our oceans shouldn’t need to roar either. They are just as valuable as any section of our society. Please listen to them. The Green Connection’s Ocean Tribunal was held over two days (in September 2021) and included participation from small-scale fishing communities from all four coastal provinces, in addition to international and local experts.