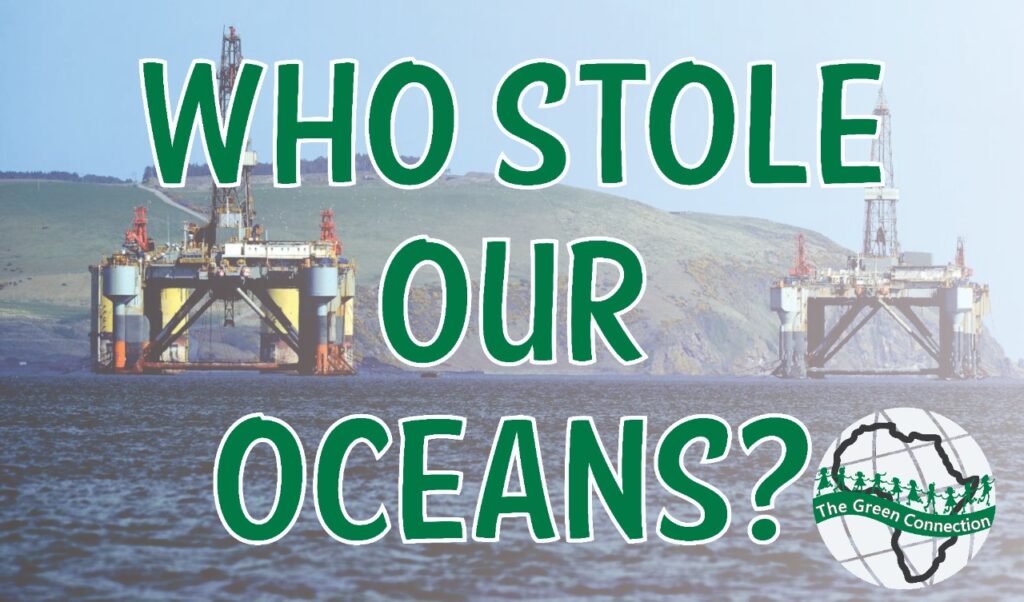 Durban: South Africa. Last week, environmental justice organisation, South Durban Community Environmental Alliance (SDCEA), supported by Natural Justice and Green Connection, and represented by Cullinan & Associates, filed a review application in the Pretoria High Court challenging the decision of the Minister of Forestry, Fisheries and the Environment, Barbara Creecy, to authorise Eni South Africa and Sasol to explore for oil and gas in Block 236 off the Kwa-Zulu Natal coast.

The case has the potential to establish ground-breaking precedents in relation to how the need and desirability of all future oil and gas exploration should be assessed in light of climate change, and how the authorities must decide applications for environmental authorisations to undertake activities in marine and coastal areas.

The review challenges the authorisation on several grounds; most notably the Environment Minister’s failure to have proper regard to climate change impacts, impacts on the (relatively unknown) deep sea environment, marine protected areas and other key biodiversity areas located in close proximity to the proposed drilling areas.  The southern area of interest also overlaps with an irreplaceable critical biodiversity area. SDCEA also points out that no consideration was given to intangible heritage resources associated with the coastal environment, and that the decision makers were required by law to take into account the interests of both people and marine organisms, and to adopt an eco-centric approach when making her decision.

In October 2019, SDCEA appealed the environmental authorisation for the project, but this appeal was rejected in December last year by Minister Creecy, along with the appeals of 46 other appellants. SDCEA has now approached the court to review the decision by the Deputy Director General: Mining, Minerals and Energy to grant the authorisation, as well as review the rejection of the appeal.

The project, should it go ahead, will result in the drilling of up to six exploration and appraisal wells within Offshore Block ER236, which sits off the Kwa-Zulu Natal coast between East London and St Lucia. The wells will be drilled within two “areas of interest” within the block. A drillship will be used in the process, which will result in various planned and unplanned discharges into the ocean environment.

SDCEA’s case is based on a number of legal, procedural and environmental issues and supported by expert reports commissioned by SDCEA.

Potential drilling sites are located close to areas identified as “protection worthy”. These include several Marine Protected Areas (MPAs), Critical Biodiversity Areas (CBAs) and Ecologically and Biologically Significant Areas (EBSAs). Potential impacts could be felt by coral reefs (including deep sea corals which are incredibly slow forming and sensitive), whale species like the humpback and southern right whales, fish species and bird species. Drilling may also impact the “sardine run”, an important ecological process and socio-economic contributor to the east coast and its communities.

Should it go ahead, the exploration project stands to impact deep sea ecology about which relatively little is known, in circumstances where only a desktop environmental impact assessment was deemed sufficient to inform the decision to authorise it.

In their court papers, SDCEA points out that three key national laws relating to ocean and biodiversity protection were not considered when the Minister of Environment authorised the exploration project.  They note that, “the overriding purpose and objective in these laws [is] to protect, preserve and conserve marine areas such as this”.

Coastal areas, such as the proposed drilling sites, should be afforded a high degree of protection and must be managed in the interests of the whole community of life that depends on the coastal and marine ecosystem. SDCEA argues that both the DDG and Minister failed to take an eco-centric approach to decision-making regarding the ocean, as required by the Integrated Coastal Management Act. This means that they failed to properly consider the long-term impacts that oil exploration and drilling would have on both humans and other living organisms.

The court challenge also states that climate change impacts should have been a key consideration in relation to the project’s need and desirability. SDCEA argues that the Minister, in making her decision, should have considered the fact that the exploration is intended to lead to commercial oil and/or gas exploitation, and the associated climate change implications in this context.

Insofar as the Environmental Impact Assessment (EIA) has put forward the need for gas to supplement the national electricity grid, the court papers argue that the project is not needed, as renewable energy is a recognised reliable and cost-effective source of energy.

Authorisation of new oil and gas activities runs contrary to South Africa’s climate change commitments, including its commitment to the Paris Climate Agreement. An expert report by Prof New and Mr Barmand conclude that emissions from burning of proven oil and gas will already substantially exceed the budget available to meet the 1.5°C target of the global warming limit.  Consequently, SDCEA argues that no new oil and gas drilling should be authorised.

Furthermore, the impacts on the marine life, as well as coastal communities, could be hugely detrimental. SDCEA believes that this project will not bring benefits, only risks, to the public at large.

The review application is undoubtedly a watershed case, as it stands to influence how (and whether if at all) deep sea exploration and production in South Africa will be conducted.

“The ocean is our heritage, and it is important that we safeguard the ocean for food security, protection of our marine biodiversity and healthy oceans for our children to inherit. Government’s decision to allow Eni and Sasol to explore for oil and gas in our ocean sets us back in our race to reduce carbon emissions and build towards an inclusive Just Transition, which will ensure that citizens of this country will not have to bear the brunt of climate change.” – Sherelee Odayar, South Durban Community Environmental Alliance.

“The ocean and the coast are a living sensitive ecosystem on which many communities rely for their livelihoods.  As part of addressing climate change, the International Energy Agency (IEA) has recently released a report saying no new oil and gas is needed.  The Green Connection, therefore, calls for a halt to all oil and gas drilling, and supports SDCEA’s court case, as we believe that allowing oil and gas exploration in our oceans is a grave injustice to current and future generations, and should be opposed. “- Liziwe McDaid, The Green Connection.

Read the affidavit, by clicking on the link below.