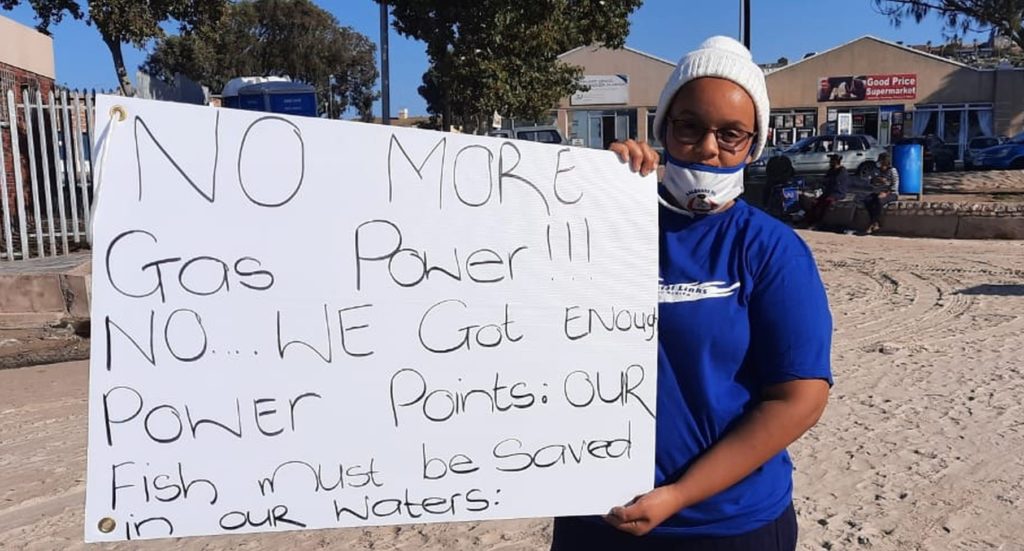 The Karpowership debacle heats up even more this week, as numerous interested and affected South Africans – led by environmental justice organisation, the Green Connection – sent a letter reiterating the call for urgent public hearings around the Risk Mitigation Independent Power Producers Procurement Programme (RMIPPPP), and specifically the choice to award preferred bidder status to Karpowership must be investigated.

According to the Green Connection’s Strategic Lead Liziwe McDaid, the letter also calls on Parliament to appoint an ad hoc committee to investigate the Karpowerships issue further, since it covers several portfolio committees. She says that the relevant officials should be held accountable for any negligent or poor decisions, taken on behalf of the people.

“The fact that Parliament is satisfied to only be briefed by the department driving these decisions, while ignoring the concerns of those who will be affected, is very troubling. The people of this country count on Parliament to protect the public’s interests. This requires proper oversight and cross-examining all facts and perspectives concerned. And, while the Department of Mineral Resources and Energy (DMRE) may claim that there was consultation, far too many concerned parties have not been able to participate in consultation processes about the very decisions that directly affect them,” says McDaid.

“Many South Africans are concerned about a 20-year contract with these floating boilers for emergency power, and we believe, should all the information be available to the public, the rest of the country would be against this crazy idea as well, especially if they knew that these powerships will mean higher electricity prices, over time. If those MPs who supposedly represent our interests do not interrogate government’s decisions and proposals, then we, the people, need to stand up for ourselves and compel our government to listen to us,” adds McDaid.

The Green Connection’s Community Outreach Coordinator Neville van Rooy says, “South Africans must know how government seems to be bending over backwards to get this deal through, no matter the cost to the people. Media reports suggest that the Department of Transport has been asked to direct Transnet National Ports Authority to enter into an agreement with Karpowership in a manner that is ultra vires and unlawful. The Departments of Trade, Industry and Competition (DTIC) gave local content exemptions which means less contribution to the local economies.” He says that it was good news that DFFE, which had originally given Karpower an exemption from doing an Environmental Impact Assessment (EIA), later withdrew the exemption.  However, the EIA studies including the public consultation, required by the EIA, were felt to be flawed, and led to the Green Connection filing an official complaint.

“From our point of view, the public should be concerned about the lack of accountability of our government. Not only have the decisions, made by the DMRE, resulted in unreliable electricity supply that is unaffordable to most, but by sticking to fossil fuels, the government is also responsible for damaging our Earth and ignoring climate change,” says van Rooy.

FrackFreeSA says, “Scientists have announced that we have surpassed the tipping point for devastating global warming.  It is now in our leaders’ hands to make decisions for a cleaner, greener future.  Fossil gas is neither in that future, nor will it take us there. A well thought out and phased approach to expanding affordable renewable energy systems is far better for future energy security.” (Elizabeth Balcomb)

350Africa.org’s Alia Kajee says, “Renewable Energy is the future, allowing us to bring power online quickly and affordably.  Fossil fuels are increasingly seen as stranded assets globally and are risky due to the damage to people and the environment inherent in projects like these powerships. There cannot be climate justice without our parliament hearing from people who will be impacted and affected by this decision.”

“It is worrisome that the request for public hearings was not responded to, and that civil society’s voices are being muted and not included in parliamentary processes. Decisions affecting the public are going ahead based on presentations skewed in favour of Karpowerships without taking into consideration the investigations into procurement and environmental irregularities. The Portfolio Committee needs to be reminded that the environment is held in public trust for the people and must be protected as the people’s common heritage. Public interest in developments needs to be inclusive and contribute towards maintaining a healthy democracy. ‘Emergencies’ should not be used to override people’s rights and lock us into climate accelerating fossil fuels for the next twenty years.” – Avena Jacklin, Climate and Energy Justice, groundWork

According to the South Durban Community Environmental Alliance (SDCEA),“There is no transparency about this deal. If Karpowership is a short-term solution, then why is it going to run for 20 years? Solving our electricity crisis through karpowerships is reckless and unethical. The only solution for our electricity crisis is socially owned renewable energy through a Just Transition.”

Nicole Loser from the Centre for Environmental Rights (CER) says, “South Africa’s electricity plans must be aligned with the Constitution and in the public interest.  Locking South Africa into harmful and expensive fossil fuels to generate electricity prejudices the constitutional right to an environment not harmful to health and wellbeing and to have the environment protected for the benefit of present and future generations.”

But that is not the end of this story. Read here for the update.