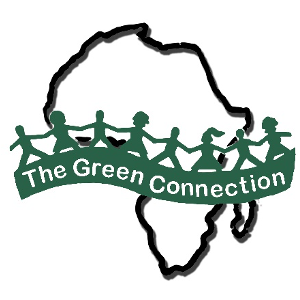 “Ramaphosa’s Energy Boost Welcomed…But Why The Delay?” – The Green Connection

“President Cyril Ramaphosa’s announcement today (10 June 2021) that he is opening up the energy sector for more players to come in and start generating power, is very welcome,” says Green Connection’s Liziwe McDaid. “We are particularly pleased that the President is looking at embedded generations, which means more stored solar power on the grid. This should mean that electricity prices will become more affordable,” she says.

Ramaphosa announced that government will lift the threshold for embedded generating electricity capacity from 1MW to 100MW, allowing households and businesses to contribute to solving the country’s energy shortage. .

McDaid says, “This is very important because it should open up space for communities to form co-ops, to partner with energy companies to get their own renewable energy onto the grid and in so doing, they will be able to alleviate load shedding for themselves.”

“The decision is also preferable to options such as Karpowerships, currently on the table, which is expensive and not environmentally-friendly. What remains concerning is that the Integrated Resource Plan (IRP) is not updated as often as it should, and we also want to know why we have to wait for up to 60 days,” adds McDaid.

According to the Green Connection’s Economic Researcher Gillian Hamilton, “It is very encouraging to hear the President’s announcement today, as energy is a crucial element for a thriving economy for SA. Not only does the announcement send the right signals to the G7 countries and investors, for us to access climate finance to support a just transition. But, from an economic perspective, it is a relief because without changing our carbon emissions the proposed carbon-bordered taxes from the EU would have impacted on our exports and led to job losses in the country. This is a good step forward for SA.”

McDaid adds, “The way this announcement helps us is that it drives a more ambitious climate change target because it focuses on renewable energy and not gas. As it stands, the government’s current climate emissions limit is not very ambitious at 398 to 450 MtCO2. The Green Connection and civil society call for emissions of between 260 and 360 million tons, to keep global temperature increases below 1.5 degrees.”