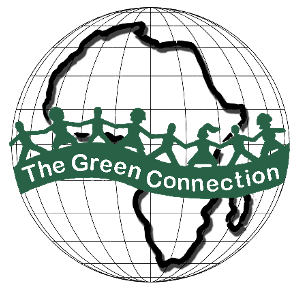 McDaid says, “The basis for this complaint, is the fact that the practitioners’ failed to conduct a specialist study of the potential consequences or impacts of underwater noise generated by the ships – on the environment and marine resources of Saldanha Bay – prior to submission of the final environmental impact assessment report (FEIAR). We are particularly concerned about the consequences for small-scale fishers of Saldanha Bay, who depend on a healthy ocean and marine environment for their livelihoods.”

The project lifespan is twenty (20) years. What will be the potential consequences for the bay over this period? The regulations governing the mandatory contents of EIAs – under the National Environmental Management Act (NEMA) – have specific requirements, which we believe have not been met in this case. Yet, in April this year it was announced that the department had received Triplo4’s ‘final’ EIA report regarding Karpowerships, recommending that the project go ahead. We await to hear if government agrees,” says McDaid.

“There is currently not enough information pertaining to underwater noise and vibration levels from floating power plant ships, in the context of the Port of Saldanha Bay, to indicate the impact. According to the Marine Ecology Specialist Study, noise pollution could impact adversely on the marine environment, and fish. The study states that “underwater noise from human activities is known to have a number of adverse effects on individual aquatic organisms”, which “may include death, injury, permanent or temporary hearing impairment or those behavioural responses that may disrupt important life functions.” The study also indicates that chronic effects may result, in cases of lengthened exposure,” she adds.

Also, according to the study, Saldanha Bay’s nutrient-rich waters are an essential nursery habitat for many fish species. Therefore, the issue of noise impacts is particularly concerning given the decline in fish stocks and the location of the Powerships close to the shoreline. This is where juvenile fish species, that are less mobile but more susceptible to noise, are located. There have been major declines in fish populations in Saldanha Bay in recent years, particularly stompneus, elf and harders. These are the species on which the livelihoods of small-scale fishers depend. The 2020 State of the Bay report is also cause for alarm. The report states that for the first time, since starting in 1994, not a single elf was captured at any of the sixteen (16) seine net sites surveyed.

“The South African public should not be hoodwinked into thinking that the promise of further studies into impacts, after authorisation, constitutes as mitigation measures! The sad fact is that the proper studies on the impact of noise were not conducted, and for consultants to suggest that further studies (after the fact) will address this concern and that the risk is “likely to be low”, is completely unacceptable,” says McDaid.

McDaid says that the EIA regulations are clear. The environmental impact assessment report must identify the impacts, make recommendations for mitigation, and must also consider any residual risks. The ultimate purpose of the EIA, which should be a consultative process, is to determine whether projects that are proposed will do more harm than good.

At a meeting arranged by Triplo4 with small-scale fishers on 19 April 2021, the issue of marine noise impacts on remaining resources was repeatedly highlighted as a concern, especially with the decline of fish stocks, such as the Stompneus.

She says, “It seems that Karpower wants to rush into this project without following due process regarding the EIA study. It appears to have adopted a position of dealing with any negative impacts, after it happens. Unfortunately, by that time, many of the local fishers and communities in the area, who depend on the fish stocks for their very livelihood, could already find themselves destitute.”

The Green Connection’s complaint is submitted in terms of section 32(1) of NEMA, in the public’s interest – and in the interest of protecting the environment. McDaid says, “We call on government to halt the Karpowership project until a proper impact assessment has been conducted. This will ensure the continued livelihood of the fishing community and the marine environment they depend on.”
For more information on these issues, follow the Green Connection on Facebook and Twitter. Also find educational, short videos on EIA processes and requirements (available in English, Afrikaans, and isiXhosa), on the Green Connection’s YouTube Channel.