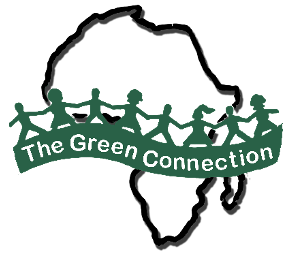 The Green Connection’s Liziwe McDaid welcomes two recent developments in the energy sector that are seen as a massive boost to pro-climate activists. Yesterday (26 May 2021), it was reported that a Dutch court had ordered Royal Dutch Shell to dramatically slash its CO2 emissions in a landmark climate ruling, which stipulates that the oil company must slash its emissions by 45% by 2030 from 2019 levels. Observers across the globe agree that the ruling could have far-reaching consequences for oil companies.

McDaid says, “I believe that these developments indicate that the writing is on the wall for fossil fuels. The global community is beginning to realise that just because there is oil and gas in the ground, we do not have to remove it because the consequences can indeed be catastrophic for both the affected communities and the environment. Consequently, there is also a lot of pressure on other institutions, like banks that continue to invest in companies involved in fossil fuel extraction. The news could not come at a better time, as Standard Bank held its AGM today, and as such, have the opportunity to dump those directors still supporting fossil fuels.”

“As recently as a month ago, (on 13 April) Total announced its withdrawal from additional offshore drilling near Mossel Bay and Cape St Francis. And while we welcomed the announcement, the oil and gas giant did not provide any reasons for their withdrawal from the project, which leaves us to wonder what their future intentions are.”

“We are cautiously optimistic that the verdict in The Netherlands could pave the way for similar cases to be brought in other countries, forcing oil companies to reduce fossil fuel production. This also comes just a week after the influential International Energy Agency told oil companies, they need to stop drilling for oil and gas right now to prevent a climate catastrophe.”

And in a first for pro-climate activism, it was also reported yesterday that an activist investor had ousted at least two Exxon directors in a historic win for the pro-climate campaign. The vote is seen as “a major milestone” as the first proxy campaign to build its case against a major US company, around the need to shift away from fossil fuels.

She says, “These new and historic developments bodes very well for climate activism around the world and in South Africa, given that Total still has not given the South African public any clarity on its intentions. Since the first granting of the exploration right, and subsequent drilling of the Brulpadda well, Tepsa had proposed the drilling of up to ten additional exploration wells. As an Interested and Affected Party, we (Green Connection) have always been against any drilling for oil or gas activity in our oceans, particularly as it affects the lives of small-scale fishers and coastal communities. We have also conveyed our concerns to Total and the government accordingly.”

The Green Connection reiterates its call on government to move away from fossil fuels for SA’s future energy solutions and instead to focus on renewable energy while protecting our oceans, the environment and the communities who depend on them for their livelihoods.

“In light of these international developments, we would urge Total to reconsider its oil and gas exploration operations off the coast of South Africa and announce their complete withdrawal from such destructive exploitative activities,” concludes McDaid.