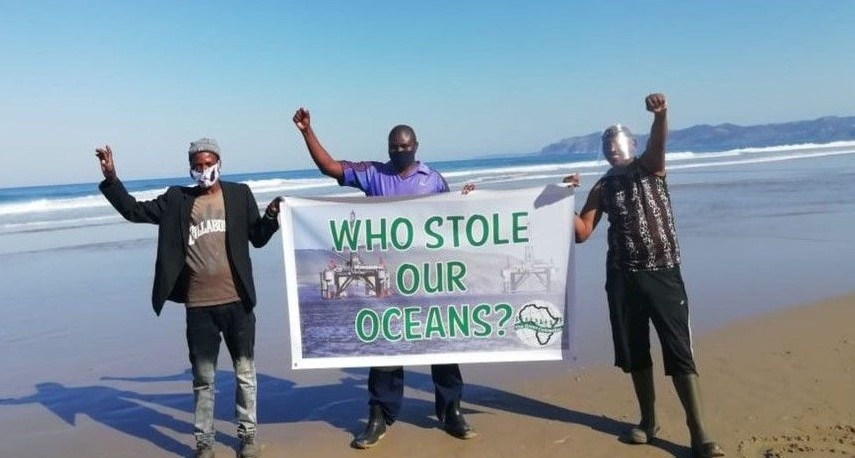 Last week, South African fishing communities celebrated a big win after efforts by fishers in Saldanha on the West Coast, in recent months – who demanded to be recognised as participants in the Environmental Impact Assessment (EIA) process for a gas-to-power plant proposed for the area – rippled a positive outcome for fishers in the Eastern Cape.

The Green Connection’s Community Outreach Coordinator Neville van Rooy explains, “In December last year, Saldanha fishers were not aware of plans for a proposed gas-to-power plant, even though the EIA/Scoping process seemed to be well-underway already. The Environmental Assessment Practitioners (EAPs) Triplo4 did not do its due diligence and did not engage those fishing communities who would be affected. It was only when the Green Connection alerted communities to the ongoing processes that they felt informed and empowered enough to confront the consultants and demand that they be included as part of the required public consultation.”

“We believe that as a result of the Saldanha fishers pushing back and demanding to be included, Triplo4 is now doing the right thing, reaching out to communities who may be affected by other proposed projects, such as in the Port of Ngqura in the Eastern Cape. This is a big win for civil society, especially considering the mounting obstacles communities face when it comes to meaningful public participation around massive projects. Companies and government trying to bypass this requirement, has become a huge issue in this country. This is a step in the right direction and we would like to see more EAPs do their due diligence to ensure all affected and interested peoples are notified and included,” says van Rooy.

“I spent time with Eastern Cape fishers, last month, and just like the people in Saldanha, these communities want to be involved in the decisions for these projects. While the communications from the EAP does give us hope that they are committed to meaningful engagement with the people who will have to live with the impacts of projects that are approved, we are still very wary and will keep a close eye on the process to ensure that the will of the people is not ignored,” says van Rooy.

Carmelita Mostert of Saldanha Coastal Links says, “With the support of more than a hundred fishers we wrote and delivered a letter with our grievances to the consultants because it was evident, from their unethical behaviour, that they did not recognise us as valid participants in these processes. But, we cannot just sit by while these profit-hungry oil and gas companies, supported by government, continue with its blatant ocean grabbing. Since we are 100% dependent on the ocean, we need them to understand that a healthy ocean is integral to our livelihoods, and that we are serious about protecting our ocean resources.” 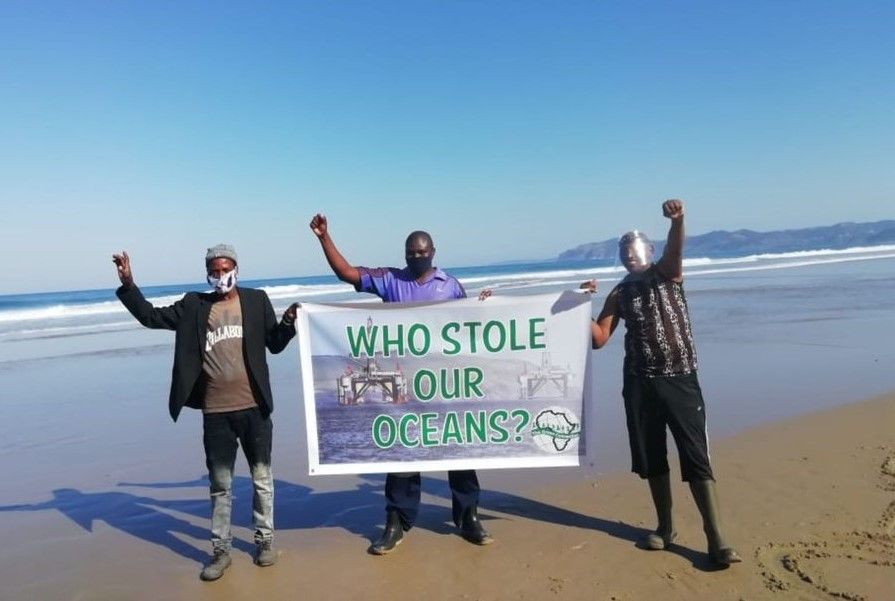 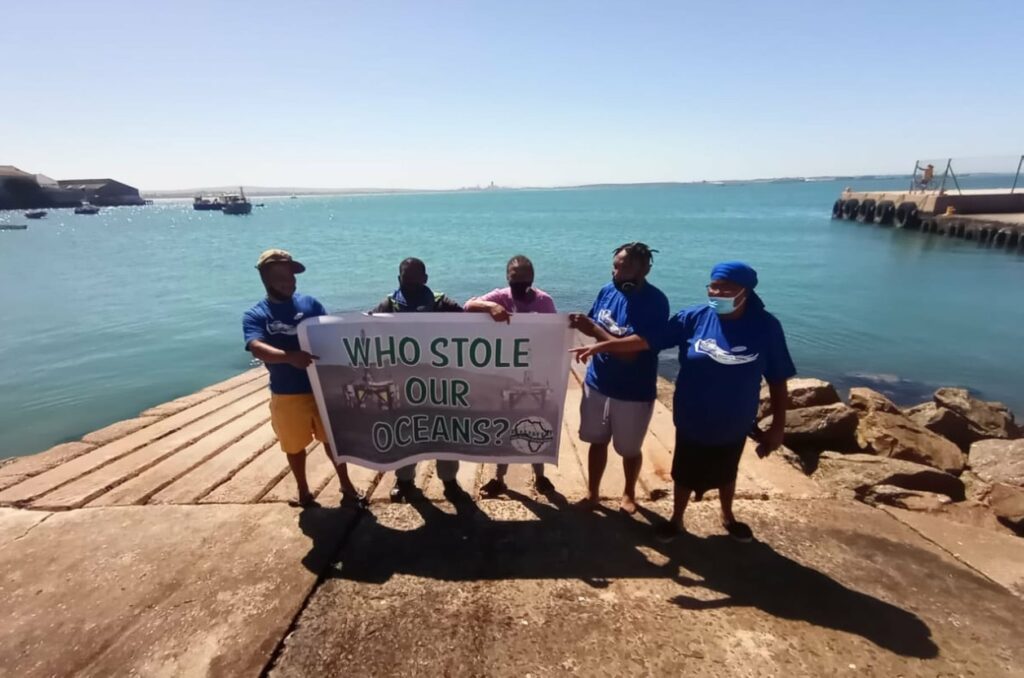 Mostert says, “It is at times like these that community leaders must take the initiative. We therefore want to encourage our fellow fisher communities in the Eastern Cape to stand up and unite against those who come to grab our oceans and our livelihoods from us. Already, the lockdown has a resulted in restricted access to beaches and fishing grounds. As coastal communities and small business owners, we already get so little support from government, and therefore must keep fighting until we are treated with dignity.”

Christie Links from Saldanha Coastal Links says that it was only when the Green Connection invited us to a very useful information-sharing workshop that we learnt the full extent of the plans proposed for our area. We also learned that we have the right to be involved in the process, and it was as a result of this empowerment that we could go to the consultants and demand to be recognised as valid stakeholders who must be consulted. Fortunately, in another win for us, it seems that the gas-to-power project has now been abandoned.”

According to community leader Zukisa Mankabane from Port Elizabeth, Nelson Mandela Bay, “While we are satisfied that the environmental consultants are seeking to engage us on these issues, the EAPs are supposed to keep the process simple. As such, these virtual platforms do not work for fishing communities. Many of us do not have the means and equipment to access technology, much less afford the high costs of data in this country. These consultants must come forward and meet us where we are, in person. We need empowerment on these issues, in order to make wise decisions. It will not work if they just talk on radio or put information in the expensive newspapers. We need to be informed about how the project could affect us, as much as they need to learn about what the ocean means to us and what they are asking us to sacrifice. I am talking about a plate of food for supper.”

A member of the Eastern Cape Environment Network (ECEN) Mankabane says, “We first heard about the Coega gas-to-power project was in 2016, when then-President Jacob Zuma launched government’s Operation Phakisa and this idea of ocean economy. We were surprised by this news, but then things went quiet. Until now. As small-scale fishers, we see this project as an environmental disaster that threatens the future of the ocean in Nelson Mandela Bay, risking marine species and the livelihoods of local small-scale fishers.”