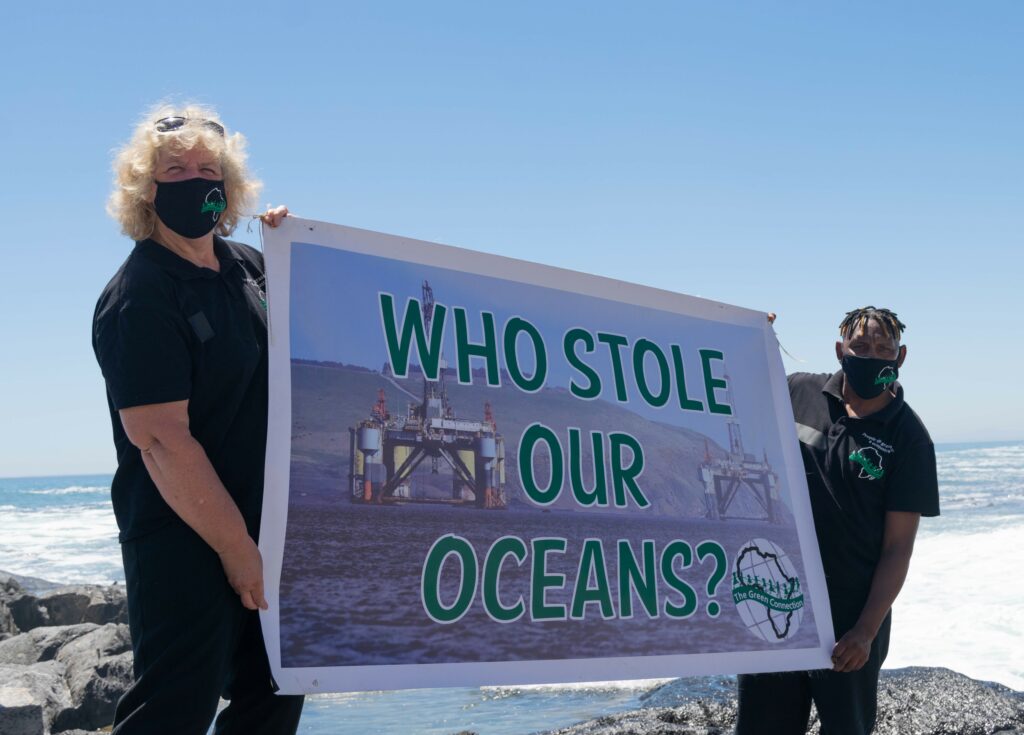 #SONA2021 “Mr. President, The Ocean Is Critical To Climate Change Response and The Livelihoods of Small-Scale Fishers. Don’t Ignore it!”

Following President Ramaphosa’s State of the Nation Address (SONA), environmental justice organisation the Green Connection says that, while there was no explicit talk of destructive extractive oil and gas industries to drive the blue economy, there was no acknowledgement of ocean protection, or sustaining the livelihoods of the many small-scale fishing communities living along the coast of South Africa.

According to the Green Connection’s Liziwe McDaid, “Last night, the President once again spoke of environmental rehabilitation programmes – public works programs that we have heard much of before – but he failed to include the ocean. There was no emphasis on the vital need to protect and use our oceans sustainably, so that it is still there and useful to future generations.”

“The SONA is supposed to be about the direction the country will take for the next year, and this should be for the benefit of all South Africans. So much irreversible damage has already been done to the country as a result of extractive activities and we fear that South Africa will reach a point of no return if government continues to ignore the science and the facts by insisting the country pursues even more destructive extractives, like oil and gas,” she says.

The Green Connection says that it is very concerned that there was no mention of the thousands of people living in coastal communities, who are dependent on the ocean for livelihoods, nor was there any mention of the need to stop offshore oil and gas drilling in order to address climate change.

McDaid says, “For this reason, the Green Connection and our community partners insist that the Integrated Energy Plan (IEP) be developed through a proper process that includes meaningful and robust engagement will all interested and affected citizens. This plan should not be developed with vested interests in mind, nor should it take the country down the path of offshore oil and gas.”

The Green Connection’s Community Outreach Coordinator Neville van Rooy says, “Although climate change did form part of President Ramaphosa’s SONA speech, we are looking for evidence of concrete action and clear timelines, not more empty promises. Climate change is and should be a priority and part of responding to climate change is to halt the oil and gas extractive industries, which contributes to the death of our oceans. We were also disappointed to hear that coal still features quite strongly in the plan.”

According to the Green Connection, the President did not place enough emphasis on the just energy transition that must happen, nor did he provide enough of a roadmap on how the country will achieve its climate goals. This is very worrying because South Africa should already be actively planning for and implementing a renewable energy future.

“We should spend more time, effort and money on preparing our people for adaptation. This means that we should take the appropriate action now to prevent further damage to the environment, which is leading to climate change, rather than spend the country’s monies on the very things that make our people’s lives harder,” concludes van Rooy.